A changing of the European Guard | E15.cz
Přihlásit se
✖

A changing of the European Guard

One of the several books written by current Communist Party (KSČM) MEP Miloslav Ransdorf is entitled Není Všem Dnům Konec (Not the End of All Days). But looking at the KSČM regional lists of candidates for May’s Euro-parliament elections, one might be forgiven for thinking the final end is indeed approaching.

The Communists have decided to offload Ransdorf the same way that the MEP has dusty copies of his books piled up in his parliamentary offices. The communist leader of two past euro-elections has accrued millions in debt and is now placed an ignominious fourth on the party’s official local candidate list. Meanwhile, even yet more spice is found in the manner in which the Social Democrats (ČSSD) are bidding adieu to matador Libor Rouček, who, during his decade in Brussels managed to ascend to the post of First Deputy on the Committee on Foreign Affairs. Now the party has put him in ninth place. And the Civic Democrats (ODS) have moved their MEP Edvard Kožušník to a truly unelectable tenth place. Consequently, it is clear that Czech representation in the European Parliament is about to undergo a generational shift.

A farewell and a sickle

Perhaps the most noteworthy story in the upcoming elections is offered by Miloslav Ransdorf. He is often viewed as the best prepared Czech European representative in terms of theoretical knowledge. He speaks a full fifteen languages, including Latin and Yiddish; he is also a graduate of philosophy and history, the Deputy Chair of the European United Left parliamentary group, and the author of countless academic titles. Despite this, Ransdorf can count himself lucky to even be offered a fourth place listing. “There were voices within the KSČM leadership saying I should not be running at all. And some say that languages are not a requirement in Brussels,” said Ransdorf.

Despite his undeniable intellectual chops, Ransdorf has become remarkably unpopular within the Communist leadership. Several times, he has run to chair the party – each time he crashed and burned.

„For those seeking to quickly pay off a mortgage, or to save up some money, the European Parliament is a prudent choice“

Four KSČM MEPs were elected in 2009. Therefore, Ransdorf does have a realistic chance at success this year. But in 2009, there was no ANO or Úsvit (Dawn) – meaning parties that also espouse populist policies, which will certainly eat into the Communist support. “I am not afraid of the future. I will happily start afresh and put my experiences to use. Certain opportunities exist in the private sphere, but I don’t want to be specific on that now,” said Ransdorf about a possible exit from politics.

But Ransdorf faces one major disadvantage. Despite collecting a paycheck from Brussels for a decade, he hasn’t managed to save a penny. At the very least, he is breaking even, which given his past escapades can be viewed as something of a plus.
Last year, media reports were estimating the MEP’s debts to be around CZK 20m, with more conservative estimates reducing
that figure to CZK 6m. He even faced the prospect of property distrainment on several occasions and was ultimately forced to sell his apartment in Prague’s Záběhlice district. He has never officially made public to whom he was actually indebted. “Today, the debts have been paid and it took certain sacrifices. I take it as a lesson for the future, because what I did was absolutely naive,” the MEP said, looking back on his recent fiscal struggles.

As an example, he borrowed almost a million crowns from an associate, Vratislav Šlajer, in order to build a villa. But he then failed to make repayments in time, and was subsequently caught in a spiral of rising interest payments. Other monies were owed to the Unibon savings cooperative, which ultimately ended up going bankrupt. “In 2009, in naively self-financed my campaign.

When sponsors pulled out, I was all alone and had to cannibalise my own funds, which led to debts,” said Ransdorf of his missing millions.

And to this chequered eurostory, we can also add four separate car accidents – and speculation that at least some of these were caused by drinkdriving. Despite the fact that blood tests taken at the scenes showed no such influences, it didn’t stop the Belgian tabloid TV station Geenstijl from reporting this possibility. One of the station’s reporters even stopped Ransdorf on his way out of the European Parliament building after a very short stay. It turned out that the MEP
had only popped in to sign on to the attendee register in order to collect a daily expenses payment of EUR 300, before heading home. Initially, the Czech MEP sought to rather indiscriminately chase away the pesky reporter - creating the impression of guilt. Later, Ransdorf produced confirmation of the fact that he was entitled to the payment, having served his constituents that day by attending a conference on future perspectives for left-of-centre politics.

In 2011, the cameras once again sought out the Czech MEP, this time for falling asleep during a session of parliament. He later attributed the incident to a combination of fatigue and blood pressure medication – claiming he took two pills instead of the prescribed one. “When Karel Schwarzenberg falls asleep, it is seen as cute. When it happens to me it is viewed as insolence,” countered Ransdorf angrily.

The Communist politician has been replaced by Kateřina Konečná at the head of the party’s candidate list. Ransdorf refused
to be drawn on what kind of leader Konečná might be. “I am not capable of guessing or commenting on that.”

Miloslav Ransdorf continues to believe he has a future as a Brussels politician. Meanwhile, Edvard Kožušník (ODS), who placed tenth on his party’s candidate list, faces a far greater challenge. Evidently, voters’ ability to also specifically select particular preferred candidates remains Kožušník’s only hope. “Personally, I have to say that I am really angered by my tenth place position. My lucky number is eleven!” joked the MEP and recent unsuccessful candidate for ODS chairman. He too is unclear of future steps in the event of electoral lack of success. “I have another two months for that. If it doesn’t turn out favourably, I will sit down with my family and we will begin to think about what next.”

Within ODS, Edvard Kožušník holds the reputation of someone who prefers public showmanship to the grind of internal party work. For example, as part of his campaign for the last euro-elections, Kožušník proposed the abolition of public TV and radio licence fees. Then in July 2009, he attended a session of the European Parliament dressed in a cycling outfit. And to make
up for President Klaus’ infamous pen stealing incident, the MEP sent a CZK 12,000 ceremonial pen to the then Chilean resident Sebastián Piñera Echenique.

But Kožušník was certainly right when he said that his tenth place listing speaks volumes about his standing within ODS. The party’s Liberec regional apparatus only nominated the former assistant to ex-PM Mirek Topolánek as a potential party chair candidate at the very last moment. And by then, the wider view was that Kožušník stood almost no chance of becoming party leader at January’s Olomouc party congress. The MEP has also faced incoming criticism, the most vocal being from fellow MEP and ODS party leader in the European Parliament Jan Zahradil: “The head of the opposition party must sit in parliament [not the euro-parliament] from where he can grill the government. Everything else surrounding this is just pointless chatter
masking the fundamental truth: that this is a trick on the upcoming candidacies for the European Parliament.”

Brussels = away from the action

And rounding off the trio of slides down the ladder towards an apparent dead end is Social Democrat matador Libor Rouček.
He has been assigned ninth place on his party’s election list. After this information came to light, Rouček protested in vain about how his party’s internal elections were conducted in secrecy. But he was harmed by the fact that he had failed to even secure the nomination of his own Central Bohemian region, which, in the view of ČSSD leader Bohuslav Sobotka, was crucial.

Like Ransdorf, Rouček possesses a more than adequate theoretical foundation for working in the European Parliament. During the 1970s, the near expat studied sociology in Vienna, and then worked as an administrator for the Social Democratic Party of Austria. He has also worked at the London- based Royal Institute of International Affairs, Chatham House. Rouček is currently serving his second term as an MEP, becoming a member and Deputy Chair of the Committee on Foreign Affairs.

He has undeniably been hurt by his slide into relative obscurity back home. Had he vociferously stood up for ČSSD leader Sobotka following last October’s crisis-filled post-parliamentary election period, his standing today within the party might be somewhat different. Thanks to this, Milan Chovanec is now serving as Interior Minister instead.

The wide scale shake-up in party candidate lists, along with a concurrent sidelining of “old hand” MEPs serves as a partial indicator of a generational shift under way in the major Czech parties. But even more so, it also testifies to the parties’ approaches to the one directly elected institution of the European Union. Qualifications and experiences have become somewhat peripheral. A trip to Brussels is mainly offered as a reward for party loyalty. 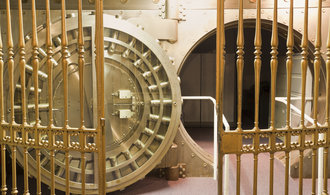