30. srpna 2016 • 08:33
.
Tweet
Six companies have joined the tender process to select two official taxi firms for Prague’s Václav Havel Airport. Among these are existing operator Fix. The second of the current leaseholders of a priority pickup area outside the airport’s terminals, AAA Radiotaxi, will not be partaking in the tender due to a series of unresolved issues. However, Prague Airport representative Jiří Petržilka says the firm’s list of objections is unwarranted.

Joining Fix in the tender are Taxi Praha, Tick Tack, Halotaxi, Sedop and Modrý anděl, the latter recently announcing it was teaming up with rival Speed Cars. In the first round of the tender, the airport will evaluate whether the taxi companies possess the necessary qualifications; the second round will consist of an electronic auction, with the airport selecting the two highest bids.

The winners will gain a five year contract, which begins at the start of next year, offering access to special taxi lanes situated in close proximity to the airport’s two main terminals. Petržilka declined to speculate on how much the taxi firms may be willing to bid for such a privilege, noting that only in the second round of the tender will binding sums be offered. “From our experience, bids placed via an electronic auction can vary a great deal,” he explained.

„At present, taxis are often absent, particularly late in the evening and at night“

Prague Airport says it is emphasising quality of services as its chief tender evaluation criteria, requiring drivers with foreign language skills, vehicles no older than three years, and the ability to be ready to pick up a passenger at the airport within five minutes of an order being placed. At present, taxis are often absent, particularly late in the evening and at night.

The airport had previously pondered requiring a minimum number of cars in a taxi fleet, but backed down after talks with potential bidders, instead replacing this requirement with the aforementioned time limit. “There is agreement over the fact that a standard should be in place which can easily be appreciated by a customer,” says Petržilka.

The existing contract holders have lodged a protest with Václav Řehoř, board chairman of airport parent firm Český Aeroholding, and finance minister Andrej Babiš (whose ministry oversees operation of the airport), over the terms of the tender. The chief concerns of these taxi firms are an allegedly insufficiently transparent tender process, and the prospect of being subject to large fines in the event of a late pickup of passengers.

Don't know what you've got, till it's gone 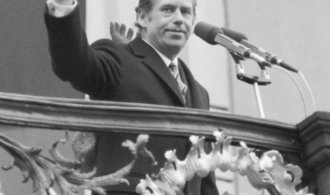 Remembering Václav Havel: the man who wouldn’t be king