Market analysts suggest that the sale of Florentinum could net Penta as much as EUR 300m
•
ZDROJ: E15 - Michael Tomes

19. srpna 2016 • 10:12
Sdílet na Facebook Sdílet na Twitter Sdílet na Facebook Messenger Sdílet na LinkedIn
The sale of one of the most lucrative office centres in Prague has attracted a wide assortment of interested parties. According to E15 sources, potential buyers for the Florentinum complex – located in Prague’s central Florenc district – include the real estate arm of German insurer Allianz, and the Russian co-owners of Prague’s Slovanský dům.

Other offers from Germany have also been made to seller Penta. According to market estimates, the sale price could go as high as EUR 300m, meaning more than CZK 8bn.

Because no deal has yet been finalised, all parties remain decidedly tight-lipped. “Penta will not be commenting on the progress of the tender, and we will only make an announcement once a new owner is found,” said the investment group’s spokesperson Ivo Mravinac. Allianz Real Estate has been similarly quiet, as has FID Group, which works closely with the Russian owners of Slovanský dům located in the centre of the capital.

The present climate appears to favour Penta group, with the sale of Florentinum taking place at a time when investors are battling over available real estate, and are not fearful over spending a little extra. Add to that the fact that the developer has managed to successfully rent almost all the available offices in Florentinum – despite Prague having the highest rent prices in the country.

“Given its attractiveness, the building type, and its location, monthly rents range from EUR 18-19 per square metre,” says Radek Procházka, head partner at consultancy firm Procházka & Partners. But individual tenants are able to receive various incentives in the form of reduced rent costs. These also vary based on the precise location of the office space within the Florentinum building, and the length of a given lease. Consultancy firm EY is presently the largest tenant at Florentinum. The site also houses the Czech Republic’s largest law firm Havel, Holásek & Partners, as well as developer P3, RSJ group and also the Czech Chamber of Commerce.

Florentinum, opened in January 2014, represents Penta’s first foray into Czech real estate development. The group, owned by Czech billionaire Marek Dospiva and co., has since managed to turn property into a major pillar of its business activities. It is currently preparing to build new office complexes twice the size in plots around nearby Masarykovo nádraží train station. Construction of the first phase is set to begin as early as next year. 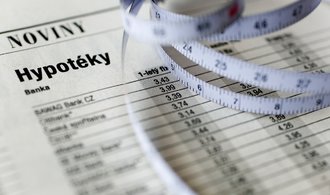 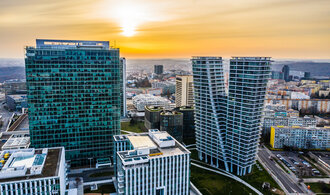 Čtení Plus
Technologie a média