The maximum fine for fraudulent wine trading is raised tenfold to CZK 50m by a legislative amendment just passed by Parliament’s lower chamber. Only producers and importers should now be allowed to sell wine from casks. On the other hand, the producer category should be extended to those who have wine produced for them.

When the final MPs’ vote was taken, some KDU-ČSL deputies voted against it, while others abstained. The only KDU-ČSL vote for the bill came from Jurečka. “[But] I am far from excited about the bill’s final wording as passed today,” said Jurečka.

He added that some proposals approved by MPs made the legislation overly strict, such as in the case of requirements applied to casked wine imports. “I did not agree with these and I will do my best to see changes delivered in the Senate and have the bill returned to the lower chamber,” Jurečka said.

When introducing the bill, the government stated that when wine was tampered with consumers often ended up buying a product that was in essence no longer wine. Jurečka said the current top fine of CZK 5m was too low to be a deterrent as it paled against profits made from adulterating wine. 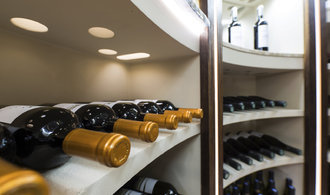