Centrepoint Verne, a real estate development company in the Czech Republic and a data center start up, has partnered with Vapor IO, provider of the world’s first intelligent data center solutions for hybrid and edge clouds, to build DataHub Verne, an ultra-modern 150 megawatt hyperscale data center, located about an hour outside of Prague.

Centrepoint Verne has partnered exclusively with Vapor IO, an American IT start up from Austin, Texas, in order to make DataHub Verne one of the most advanced facilities in the world. Vapor IO’s founder and CEO, Cole Crawford, was one of the people behind the creation of the Open Compute Project, which Facebook launched to define open hardware standards for web-scale data centers. With the Open Compute philosophy as a base, Vapor IO has developed hardware and software to help data center operators build out their next generation clouds.

“With the Vapor Chamber and the Vapor CORE software, we’re able to build out a modern data center with the kinds of web-scale efficiencies of a Facebook or Google,” said John Stotter, CEO of Centrepoint Verne. “DataHub Verne will be a state-of-the-art 150MW data center that operates more efficiently than a typical facility of its size, and will cost 20-30% less to build.” 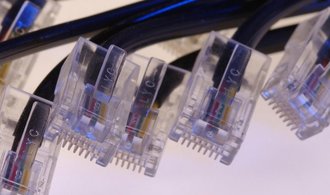