The crown could strengthen to below 27 to the euro during the first days of 2017. The prediction flows from three-month crown-to-euro exchange rate projections linked to forwards which companies and financial institutions are using to plan future transactions. According to Thomson Reuters data, for the first half of January next year the market is assuming a rate of CZK 26.93/EUR 1. Some currency speculators are counting with the Czech National Bank [ČNB] releasing its grip on the crown before the end of the first quarter of 2017, which they see as possibly in line with its current commentary.

“Perceptions of the short-term course of the crown have changed since the last meeting of the ČNB board. In short, people on the market have interpreted the words of the central bank as offering the possibility of an earlier than to now expected end to its exchange rate commitment,” said Deloitte chief economist David Marek.

The movement in the market betting is according to economists down to communications from the ČNB that it could free the crown even before the attainment of the sought-after two percent tempo in prices growth. “Part of the market has started to bet on the fall of the crown commitment, for example, under the impact of strong speculative activity,” said Komerční banka economist Marek Dřímal. Substantial activity has been in evidence during recent weeks.

In order to fend off strengthening in the crown rate, the ČNB during September had to spend around 70 billion crowns on interventions, Generali Investments estimated. That would amount to the third highest such monthly expenditure by the central bank in defence of the weak crown since it started interventions in November 2013. In all, the ČNB has put in around CZK 700bn.

If the bank continued to manage the exchange value until the second quarter of 2017, in accordance with what it has publicly stated, the bill would substantially rise. Economists expect the speculators to intensify their activity.
It is anticipated that once the crown policy is shed, the currency will greatly strengthen, moving to a robust level of 24 or 25 to the euro, if the Czech Banking Association’s assessment is proved correct. 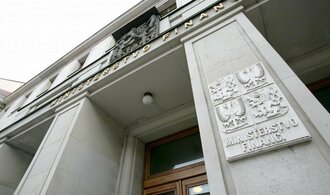 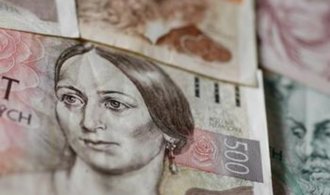