He smiled, blew kisses and joked about his teeth. Tibetan spiritual leader, the 14th Dalai Lama, in the Czech Republic to speak at the Forum 2000 conference – a brainchild of the late Václav Havel – went out of his way last week to meet, greet and share his trademark humour with around one thousand supporters assembled outside the Castle on Hradčany Square.

Dalai Lama cracked a joke even after receiving from the meeting organisers the traditional Czech welcome gift of bread and salt, on a podium in front of Salmovský Palace. “The bread is rather hard but I want to show you that my teeth are just as hard,” the Dalai Lama, who turned 81 in July, said while trying to take a bite.

In his subsequent speech, the leader of Tibetan Buddhism called for unity and conciliation around the world. “One concept I greatly admire is that of the European Union. I appreciate the fact that nations that used to quarrel with each other for centuries made peace with one another after World War Two and joined forces,” the Dalai Lama said, adding that he would like to see the idea replicated among South American and Asian nations.

He also called for the continued upholding of the legacy of former Czechoslovak and Czech President and personal friend Václav Havel. “Even though he is no longer with us physically, it is necessary to continue promoting his vision, even beyond the borders of your country.”

The Dalai Lama reiterated his standpoint that he was not seeking independence for Tibet from China but was instead striving to defend and ensure the survival of the unique Tibetan cultural heritage. According to him, it is essential not only for the six million Tibetans but for the whole international community. “There are for example 400 million Chinese followers of Buddhism, with many of them following Tibetan Buddhism,” noted Tenzin Gyatso, believed by the faithful to be the 14th incarnation of the Bodhisattva of Compassion Avalokiteśvara.

The Dalai Lama was later treated to performances by singers Lenka Dusilová and Aneta Langerová and greeted by National Gallery in Prague director Jiří Fajt. Some speeches made during the Hradčany Square occasion aimed jibes at the current Czech political scene. “Mr. President Zeman, if you prefer economic interests over human rights you are bound to lose your freedom,” said for example Mikuláš Kroupa, director of Post Bellum, a nonprofit that documents memories of witnesses to momentous 20th century events, during his podium speech, fixing his gaze on the Castle. 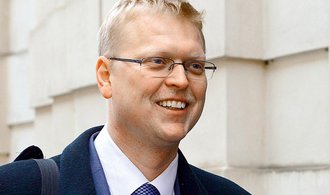 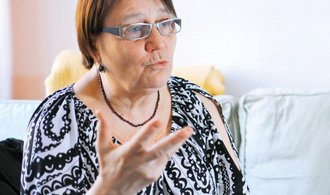