Worldwide sales of 3D printers for the production of metal parts are growing at an annual clip of tens of percent. South Bohemia’s Kovosvit MAS will in 2017 jump on the accelerating bandwagon thanks to new era equipment developed in a link-up with experts at Prague’s Czech Technical University [ČVUT].

Its new machines are capable of standard cast milling, enabling the welding of metals with the 3D printing method. The company, based in Sezimovo Ústí, South Bohemia, is promising to cut costs by two-thirds by using the technology instead of the direct metal laser sintering using powdered metal that is utilised by competitors.

Kovosvit is entering a market said to have very promising prospects. Although last year, world sales of industrial 3D printers only amounted to nearly four hundred, that represented year on year growth of 51 percent, according to advisory firm Context. Most of the sold printers went to customers in Western Europe. International turnover of the 3D printing market, including printing works producing 3D plastic printing, amounts to around five billion dollars annually, the latest Wohler’s Report estimated. It anticipated USD 25bn by 2021.

3D metal printing, yet to be seen in Czech industry, often produces items such as aircraft engine parts or turbines for power plants. “It is mainly used for the production of prototypes. This country is substantially lagging behind in metal additive manufacturing [another name for 3D metal printing –Ed.] of metal components, which is apparently the fastest developing sphere in 3D printing,” said Petr Knap, managing partner at the Czech branch of consulting and advisory firm EY.

With the advantage of 3D printing technology it is possible to manufacture components which you could not achieve with classic machining. Less consumption of materials is required in 3D printers’ production of parts, making manufactured items lighter and thus cheaper. Industry observers often refer to benefits seen in the moulding of casts for the pressing of plastics. Thanks to 3D printing, it is possible to make complex duct structures, used to cool the moulds and pressed parts. This speeds up the pressing.

In assessing progress in 3D metal printing, Josef Sláma, CEO of the Czech branch of Renishaw, a producer of additive manufacturing systems, noted: “Standard machining is not being taken over by 3D printing with metals. It is not actually suitable for mass production. Right now this technology is most used in making dental implants. Production in traditional parts engineering is still something for the future. But it is there that you see the biggest potential.”

So far just a few firms are showing an interest in 3D metal printing, according to Sláma. Many are still being put off by the costs of acquiring equipment and particularly by the expense of training employees. “Small enterprises are so far not moving into this technology, they are not beating the path of the big players,” Sláma added. 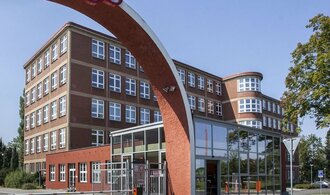