Facebook dělá velice šikovně všechno pro to, aby se bez něj lidé neobešli.
•
ZDROJ: Repro Strategie
Sdílet na Facebook Sdílet na Twitter Sdílet na Facebook Messenger Sdílet na LinkedIn
Believe it or not, Facebook has taken the bold decision to fight clickbaiting! What on earth is that? The above headline is a perfect example: a promise of the sensational, unlikely to be completely true, but intriguing enough to make people take notice (and click). And that is the idea, after all most content-providing websites earn money based on the numbers of visitors.

Facebook is a perfect arena for clickbaiting – provided you have the stomach for it. The social network has a huge audience. Success depends upon finding bait that is more attractive than anyone else’s. If you succeed and get readers to swallow your bait, they click and you earn another penny or two.
So what exactly does Facebook have against clickbaiting all of a sudden? Clickbaiting is generally considered more of a nuisance than a nefarious activity. Its tabloid nature serves as a welcome dose of colour for many a sleepy office worker. And that is the very nature of tabloid journalism (“Man bites dog!”). As long such fodder remains within reasonable boundaries it is viewed as harmless.
However, Facebook managers have apparently concluded that such “reasonable boundaries” have now been overstepped. Facebook can influence content displayed on one’s profile, or “wall”, in a number of ways. A majority of the website’s behind-the-scene activities are centred on developing and refining algorithms for selecting user content. The aim is to ensure that people enjoy the social network, spend as much time as possible interacting there, and provide as much information about themselves as possible –while simultaneously absorbing a number of targeted commercial messages. Anything which could potentially distract Facebook users and lure them away from fulfilling those noble goals must, evidently, be removed.
Of course, it is impossible to manually filter clickbaiting ads, as it would require a huge army of monitors. Rather Facebook will instead deploy software that will search for specific phrases, sentence structures, etc. The efficiency of such software in languages other than English will no doubt be rather limited at first. And so Czech clickbaiters can play on, for now… But Facebook is unlikely to seek to entirely eradicate this questionable practice. Rather, the move may represent a PR attempt to be seen taking its users’ welfare seriously. All that really is at stake is advertisers’ money and the ratio in which it is split among the parties involved. Facebook users are not the players in this game but rather the pawns; targets for advertising money. So should we finally turn our backs on such social networks? Even under these conditions Facebook will no doubt retain its sense of usefulness and fun. However, users should be aware of context and always keep it in mind the way that their personal data is being mined. And that includes the fate of clickbaiting content – like it or not.

The author is an IT analyst 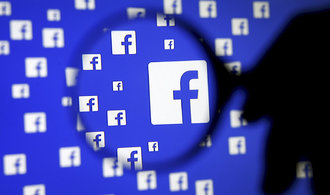