Investors are preparing to pioneer lithium mining in the Czech Republic in three years’ time. Lithium mica will be sourced from the abandoned spoil pile in Cínovec, located in the northwestern Krušné hory [Ore Mountains].

It is to be acquired by the Cínovecká deponie firm, majority-owned by the RSJ Private Equity fund. The fund is run by billionaire Karel Janeček and his partners from the RSJ financial group. A mining permit was issued to Cínovecká deponie by the Czech State Mining Administration [ČBÚ] in September.

“Right now we must prepare the project for separation lines, which separate out the raw material for the production of lithium from the mined grit. That project will take two to three years. Then we will start with the extraction,” said Libor Winkler, a partner at RSJ Private Equity. Efforts are also under way to find a financial partner for the investment.

Some 2,100 tonnes of pure lithium are thought to be contained in the spoil pile left by the mining of non-ferrous metals. In industrial usage, for instance in batteries, manufacturers deploy lithium carbonate, which is five times more present in pure lithium than impure lithium. A tonne of lithium carbonate currently fetches around USD 6,000. “But we won’t be selling lithium carbonate. We are not considering moving into its production. So what we sell will be at a lower price,” added Winkler.

The RSJ fund has invested around CZK 300m in the lithium mining project. It expects the annual rate of return to amount to approximately 20 percent. The fund bought its Cínovecké deponie stake in 2013. The fund managers were convinced that a reliably measurable estimate of lithium was in the deposit. Subsequent analysis bore that out.

The original plan was to build the separation lines 15 kilometres from the spoil pile. But the mica is instead to be separated at the extraction site. In that way, transport costs will not be incurred. Yearly, the lines are to process 120 tonnes of grit. The mining should last five to six years. 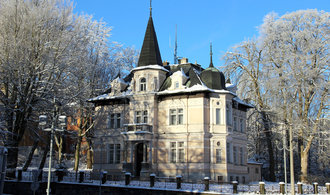 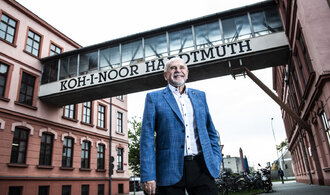