HSBC on Brexit: Implications for Europe

Although there are no immediate changes to the terms of trade between the UK and its trading partners within the EU, the potential downturn in demand from the UK and uncertainty about future terms could still have a near-term impact on economic activity. Some countries will be concerned about losing demand. The UK’s huge current account deficit in large part reflects the fact it overconsumes goods and services from Europe. The countries that have a large net surplus in goods trade with the UK are Germany, the Netherlands, and Belgium, while Spain has a large service surplus (due to tourism).

Net trade positions may not capture the extent to which trade with the UK is important since, for some countries, the UK is an important input to the supply chain, either for manufacturing components or business services such as finance and media. For example, 7.5% of the value added in Irish exports (goods and services) is generated in the UK. The percentage of value added generated in the UK for other countries is smaller, but still significant (for example, 3% in Belgium, 2% in the Netherlands, about 1.5% for Germany, France, and Spain).

Countries that are heavily exposed to the UK in terms of FDI could also be negatively affected if profits in the UK are adversely affected by a downturn in economic activity. Once again, the countries more exposed from this perspective are Spain and Germany (through the financial sector), and the Netherlands (Retail) and France. What does this mean for eurozone growth? Our best guess is that it will have a small but nonnegligible impact on trade and business investment. Goods exports to the UK account for about 13% of total eurozone exports. However, we already expected trade and business investment growth to remain modest over the coming year as firms continue to absorb existing capacity. So this may shave off something in the region of 0.2ppts from the 1.5% growth we had been expecting in 2017. However, the impact could be larger if the UK goes down the route of a hard exit. This might make a tougher reaction by the rest of the EU inevitable, in terms of raising trade barriers and restricting UK access to the single market, with bigger disruptions to the economy.

CEE reaction likely to be mixed

It is early to gauge with any confidence the lasting impact of the UK Brexit vote on the prospects for Central and Eastern Europe. HSBC’s economists have taken 0.3 and 1.4ppts off their projections for growth in the UK 2016 and 2017 respectively, and cut their forecast for the Eurozone by 0.5ppt for next year. Slowdown elsewhere in the EU is likely to weith on both investmen and exports in Central and Eastern Europe, particularly in Hungary and Czech Republic, the two small, open economies. We expect 2.6% y-o- y growth in the Czech Republic (down from 2.9%) and 2.1% growth in Hungary (from 2.6%). That said, labour market dynamics are strong in both countries, and we expect private consumption to hold up well over the 2016-2017 period, providing some offset to weaker external demand growth. We also expect a pick-up in EU-funded public investment in 2017 to soften the export-driven contraction in private sector capital spending.

Poland is a more closed economy, with merchandise and service exports corresponding to around 49% of GDP compared to more than 80% of GDP in Czech Republic and over 90% of GDP in Hungary. But here, too, we have made downwards revisions to our forecasts. Private investment contracted in sequential terms in Q1, prompting us to take our full-year 2016 forecast down to account for this weak start. Following the Brexit vote, however, we have also now marked down our investment and export growth estimates for 2017. We now expect GDP growth to reach 3.4% this year (from 3.7%) and 3.4% next year (from 3.8%).

If they need it, Central and Eastern Europe policymakers have room for manoeuvre. We believe the Czech Republic is the best placed, with significant room for fiscal easing. In 2015 the Czech Republic beat its medium-term target for a structural deficit of 1% of GDP. Going forward, the government plans to loosen the fiscal stance, delivering a positive fiscal impulse of 0.6% of GDP this year and next. If growth were to slow sharply, it could do even more, but in the past, policymakers have not been pre-emptive when it comes to using fiscal policy to ward off downside risks to growth.

There are also important longer-term risks for Central Europe to consider, with its outlook hinging on changes in EU policy the Brexit vote might bring. The first risk relates to the EU cohesion policy, which is the key EU policy that aims to deliver convergence in standards of living across the member states and has provided for annual structural funds transfers of about 2% of GDP between 2007 and 2020. We do not see any risk of interruption in these flows in the short term. But beyond 2020, the cohesion policy could be reconsidered, leading to changes could cut its total budget or the basis of its allocation from GDP per capita to, for example, unemployment rates that would benefit Southern Europe more than Central Europe. If structural transfers to CEE shrink, this would have negative implications for long-term growth in the region.

The second risk is more political, with the Brexit vote potentially giving focus to frustrations in CEE arising their own membership of the EU. This is particularly clear in Poland and Hungary, where the current governments have advocated for greater devolution of powers from Brussels and against deeper integration. We sense no appetite among CEE countries for their own exit from the EU – perceptions of EU are far more positive in Hungary, Poland, Romania and the Czech Republic than elsewhere in the region – and given the near-term reliance on structural funds transfers and the long-term dependency on trade links with the EU, we do not believe that this will change. 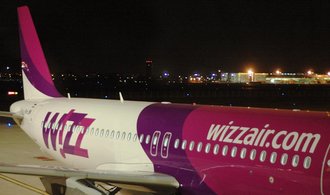