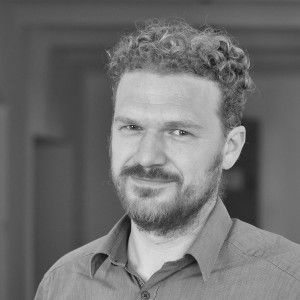 A furore over the awarding of state honours on the occasion of Czechoslovak Independence Day has become something of a tradition in itself. As soon as orders of merit and medals are announced, suddenly everyone is a historian or social commentator with a point to make.

Since Miloš Zeman became the first directly elected Czech president, the heat has been decidedly turned up at Prague Castle. It’s almost as if an impression has been created that the recipients of state honours are also decided via a public vote. But sometimes it’s useful to poke and prod the choices. For example, it is good to know that during the Communist era Ludvík Karl, the decorated head of Liberec-based glass-maker Preciosa, was perfectly happy to utilise prisoners as labour, including political prisoners.

But it is also important to realise that the president awards honours purely according to their own whims. Which is why the list of those receiving the honours never was an objective assessment recognising exemplary heroic achievements, but is rather an entirely subjective recognition of a specific president’s views on what constitutes heroism and public service. Which is why alongside irrefutable moral authorities we find names like those of the singers Karel Gott and Lucie Bílá or of musician-writer-activist František Ringo Čech.

That is the viewpoint from which we should examine the furore over George Brady, the Czech-Canadian Holocaust survivor. He was supposed to receive a Czech State Medal, but then alleged the president rescinded the offer after Brady’s nephew, culture minister Daniel Herman met with the Dalai Lama (Miloš Zeman is of course decidedly pro-China). If the Castle’s story holds true that Brady was never even considered for such an award, it means a number of people, who apparently have no reason to do so, are lying. And if anyone is used to lying to try to battle incoming scandals, then surely it is Zeman’s Castle.

Without exception, the president utilises every power entrusted to him  to push his influence, or at least his own perceptions of power and importance. Such was the case in 2013-14 when after the government collapsed, a provisional, and then new coalition, government came into being. And such is the case whenever Zeman travels abroad, makes speeches, or hosts foreign dignitaries. So it is hardly surprising at all that he is also using the state honours system to make himself heard.

And, who knows, perhaps Zeman is convinced that Czech trade with China is so quintessentially important to our prosperity that the culture minister’s meeting with the Tibetan spiritual leader really does represent a genuine danger to our interests. Of course, these assertions are highly dubious, but, as noted, state honours are entirely an expression of the president’s convictions. And if Zeman really has the stomach to use an 88-year-old Holocaust survivor to make a point, there is absolutely nothing to stand in his way.

From a moral standpoint, such deeds need to be condemned, and it is certainly good to see a strong public debate in this case. However, calls for parliament to impeach Zeman are nothing but hyperbole.

The president is carrying out his mandate in a way that suits him. He is democratically elected, and like with every democratically elected politician, his deeds are subject to the will of voters. They will in two years cast their judgement at the ballot box. Simply put, the honours a president does or does not award are a direct reflection of the president and those in his orbit. Public disgust in this case is understandable, but the real way to react will be with a vote.