October 11’s “Small Business Day” may have resulted from a PR campaign organised by supermarket retailer Makro. But it gave pause for thought. How many self-employed Czechs will fold as a result of the new mandatory electronic receipts system? To this day, some people are still doing business without having ever gone online. Should they now be placed in irons?

Finance Minister Andrej Babiš’s utopian world of mandatory electronic receipts for each and every transaction (known by its “EET” acronym) will enter its first phase in December. According to ministry ads, one would be forgiven for thinking a bright new dawn was approaching. The treasury is set to rake in an additional CZK 18bn per year, which will then be available to schools, hospitals and pensioners. The grey economy will be smashed, and even the smallest match seller on the street will have to pay his fair share of taxes just like the largest corporation. Finally, equality and fairness in our capitalist system. All that is needed are a few ingredients: the threat of a severe half-million-crown penalty, and also the threat of having one’s small business activities shuttered. The official word is that the entire system will be simple and straightforward for the self-employed. The smallest businesses – as the finance ministry says – will simply need a smartphone, or tablet, some software, a printer, and an internet connection. And Hey, Presto!

After all, digitalisation will make life easier for all. Long live progress!

But will it? EET will mainly make life easier for tax collectors, the finance ministry and the state side of the equation. But, as even children are taught in school, the government is supposed to serve the people, not the other way around.

Perhaps the central bureaucracies may not be aware of this, but there are still people living and working in this country who have only heard words like Internet, smartphone, tablet, software, online and offline from their children or grandchildren. Not long ago, a young finance ministry staffer pulled out his Blackberry on TV. He argued that a grandson could simply explain the thing to his self-employed granddad – a few screen taps and the old timer is in touch with the authorities.

But those “few taps” represent a major hurdle for many older citizens. Similarly, many Czechs – and not just seniors – do not bank online; pensioners still go to the post office to pick up their pensions. Are such archaic activities to be swept away in the name of progress? Will such hold-outs be forced to adapt or go under? Such little guys seem to have no place in this modern online world; perhaps they should step out of the way and leave it to the big guys – is that what Babiš wants? Instead of being productive, should such dinosaurs call it a day trying to be entrepreneurs and simply wait for their pension cheques (perhaps now a little higher from that fabled CZK 18bn)?

We all know an obstinate pensioner or two, set in their ways, running a little store in some village. Friends and neighbours gather there. It’s a way of topping up the pension; and of staying in touch with the community. Some days, no customers arrive at all. Is such a person supposed to learn the ins and outs of the Internet all of a sudden? Or learn to use a smartphone? With all of those too-small-to-see buttons? Forget it. Better call it a day...

And so because a few people cheat the system, everyone must pay a high price. And sadly, those least politically empowered, with the weakest voices of all, will be forced to pay the highest price. That’s progress...

Taken from the magazine Reflex 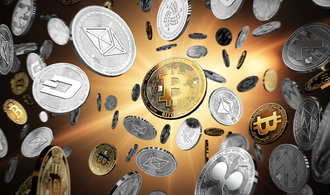