Jan Mühlfeit
•
ZDROJ: Anna Vackova
Sdílet na Facebook Sdílet na Twitter Sdílet na Facebook Messenger Sdílet na LinkedIn
“Initially I thought that after leaving Microsoft I would end up coaching top-level managers similar to myself,” says global strategist, coach and mentor Jan Mühlfeit. Today, he coaches sports figures and works with models, an actress and even children. “I teach them that it is 10 percent about what you do and the rest is your state of mind.”

Next January will be two years since you left Microsoft after 22 years with the firm. Did you plan such a departure or was it more of an impulsive decision?

I remember that I was returning to Europe from a conference at Harvard called The Future of Hope. I was flying back from Boston and couldn’t sleep. That was March 2014. And I thought that I had been at the proverbial apex now for eight years; that I was the longest serving chairman, and that I would like to try something new. So I drew up a kind of diagram with three options: to stay; to go somewhere else, for example a relatively smaller firm such as Linkedin or Twitter; or to try something entirely new. I laid out a number of criteria for myself and spent two moths mulling it over. Then my father passed away in June. And he was the reason I had ended up working for Bill Gates in the first place.

At the age of 19, I was supposed to go and study at the FTVS [the Charles University Faculty of Education and Sport], and I had already filled out my application. Because I played competitive tennis. And my father told me: “You seem to like computers. Try thinking about going to study technology – and all the while you can still play tennis – because one day computers will change the world.” He was coaching, not commanding. The next day, I tore up the FTVS application, and instead filled out a new one to study electronic computing, which is what I then ended up doing. When my father was dying, my whole life flashed before my eyes. I began to ponder how I was past the halfway point in my own life, and that I needed some kind of change. My father died in Nové Město na Moravě [in Vysočina], and two hours into my trip there from Prague I made my decision. I then gave my notice at Microsoft, and left the firm six months later. And I have no regrets.

Were you clear about what you were going to do next?
Actually, that is something I’ve never really had about me.

Not even some kind of basic idea?

I knew that along with Kevin Dillon – ex-CFO at Microsoft – I was going to be working for a project called Atlantic Bridge [a technology capital investment enterprise –Ed.], and that I was in good company with regards to potential guidance. I had no idea, however, that in time I would end up chairing seminars and coaching people. It just came along somehow. I wasn’t trying to force a solution – that is one of the lessons I have learned while struggling with depression, which four years ago saw me end up in psychiatric care. The less you try, the easier it is for things to just come along.

Your first book, The Positive Leader: How Energy and Happiness Fuel Top-Performing Teams, is set to hit the shelves in mid-October. Whose idea was this book? It was based on my story of managerial success and psychological collapse. I was telling my story to a friend and he was enthused enough to suggest I write it down. The friend offered to introduce me to Melina Costi, a professional business writer with a background in marketing management. I have some voice transcription software, so I spoke a little into that and sent the outcome off. After that we met in person a number of times. Then we communicated regularly via Skype. She was amazing. A real pro. Which is why she is listed as co-author. I am good at formulating thoughts, and she is a terrific editor.

What is the structure of the book? It revolves around the question: “Why do people, governments and organisations fail to unlock human potential?” It comprises four answers to this question:
1.) People are too focused on weaknesses instead of strengths.
2.) People confuse the notions of motivation and inspiration; the first is short-term, while the second is for life.
3.) Time is managed, but one’s energy levels are not.
4.) People succumb to the fallacy that the greater the success, the greater the levels of contentment.
We are writing about it, but at the same time seeking to offer an alternative: we are calling it a kind of guide to being a positive leader. That doesn’t necessarily mean being a leader of something big. After all, each and every person is their own leader, and those lacking the skills to do that obviously cannot effectively lead others. We emphasise that it is important to find the strong side of each individual and to work on that. If you want to squeeze the best from people, then don’t change them. In essence, people remain the same and don’t change. We have to know how to utilise the talent that we have been given since birth. That is how we make Positive People.

Is it only about Positive People? No, another component is Positive Purpose, which focuses on how to cultivate emotional bonds between companies and individuals. Motivation forms the bottom part of Maslow’s hierarchy of needs [a 1940s psychological theory –Ed.]; it is what can simply be purchased with money. Above that are self-realisation, appreciation, self-awareness and inspiration. Motivational questions along the lines of: “What will I do? How will I do it? How much will it cost?” won’t cement emotional bonds. Because these questions are associated with the logical part of the brain. But why I do something, and what is the meaning of my life – those are deeper mental questions, and that is where emotional bonds can be formed.

Is that everything you cover?

No. We also point out the importance of being able to manage one’s energies. With the physical side, diet, lifestyle, sleep patterns. With the emotional side, and how to keep one’s emotions under control. For example, mental energy affects one’s ability to concentrate. And finally there is spiritual energy – when a person has found a meaning to their life, and then in doing so finds themselves. That is associated with strong positive traits. And such circumstances can bring both success and contentment.
And finally we explain that success is not a check to mark along a denoted timeframe, but is rather itself a journey of discovery. The book isn’t about performance per se, but rather about how to undertake the steps that then lead to better performance. In 2000, I inherited an average team of people across Central and Eastern Europe; an assortment of people. And we turned the approach around and focused on their strengths. After that this very team was crowned the best in the company four times in a row at a time when Microsoft was the best-performing company on the stock exchange.

On what was this success based? The idea that the human brain is not geared towards success and gaining new possessions, but rather to prevent failure. The priority has always been, and continues to be, to survive. Which is why we warn our children to not take excessive risks. When a child gets an “A” at school, then families often take it for granted; while if grades fall, then suddenly that becomes a cause for major attention. And so we fail to define our children based on what they know, but rather than by what they don’t know. And it is even worse in the workplace – according to Gallup, only 17 percent of workers fully utilise their talents while 80 percent do not.

How did you find a publisher? I was convinced from the start that if we undertook a proper marketing campaign then the idea could prove successful. We brought in a friend from the publishing world, and she advised us on how to draw up a marketing plan.

How did you then sell the idea?

We provided a detailed account about what we wanted to write about and why. That positive psychology lectures are the best-attended of all at Harvard. And that focusing on the good and not the bad in people is something of a trend right now.

Are you also planning a Czech edition?

Yes, during the first quarter of 2017. The deal with a Czech publisher has already been signed, but I am not yet at liberty to disclose their name. Croatia is set to follow.

What else are you fitting into your schedule?

The plan was to coach top managers, but today I am also coaching sports figures. I work with models, with one actress, and even with children. I teach them that 10 percent is about what a person does, and the rest is about one’s mindset. I reached such conclusions thanks to Bill Gates. He used to say that A-people attract other A-people, whereas B-people create a C-grade environment. When you cultivate top level thinking, then you play at the top of your game. Sure, you occasionally slip down to the proverbial second league, but then you fight your way back up again. If you believe that you belong in the second league, then that will likely lead you to fall all the way down to the bottom division. I am convinced of that.
If parents tell their children that they are stupid, then they are actually stunting their potential and shaping a negative future for them. But if they encourage them, then they are helping to move them forward.

So you spent 22 years at Microsoft, but have now found your true calling?

My success at Microsoft was 10 percent about my efforts, and 90 percent about the people with whom I worked. It was about unlocking human potential, both mine and that of others. I was able to work to about 80 percent of my potential, while 20 percent was administration, for example dealing with a dispute with the European Commission. At present, I am using 100 percent of my potential. A student recently asked me: “What should I do if at work I mostly have to carry out only tasks which I consider under my weak points?” And I answered: “You have to change that – that is not an authentic life. You are living the life of someone else.”

How would you describe the Czech mentality? I will answer on two levels. The Czech economy is one of the most open in the world, and that is a good thing. But it needs to be more aggressive in terms of exports, and more attractive to investors. To offer an educated workforce. We still suffer from a provincial mindset. We don’t know enough foreign languages.
The conclusion is that the Czech Republic gets good ratings with regards to its existing workforce. But the future parameters look very bad indeed. Everyone knows it but no-one is doing anything about it. Our OECD results are dismal. According to the World Economic Forum we should have an innovative economy, but we lack engineers. We are looking inward and not outward. Today’s generation faces stiff global competition, and the Chinese are already working hard to that end. 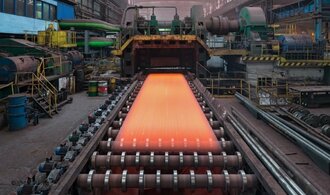 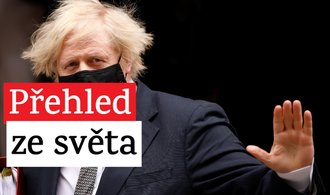