Seems that Prague hasn’t quite got this terrorist thwarting thing fully worked out yet. Czech police set up a hotline to advise callers on safety and security related matters. But when a recent incident caused the evacuation of Prague’s Náměstí republiky metro station, no-one from Prague Public Transit thought to seek out such help. The loudspeakers called on passengers to evacuate, all while the escalators continued to bring fresh passengers into the building. The squashed mass of people then looked on confused at an inexplicably stationary middle escalator. Is this what “ready” means?

And Czech politicians certainly also know a thing or two about the terrorist threat. One wonders how they would have reacted to the recent situation in Marseilles – a swimming pool was hired for a day to be used exclusively by women wearing full body “burkinis”. The French non-profit Smile13 had sought to cater to Muslim women who feel ill at ease wearing regular swimsuits. Local politicians were up in arms, accusing the organisers of supporting the oppression of women and undermining secular French values. Conversely, nudists face no such reactions – evidently clothes off are a symbol of European freedom, while (excessive) modesty is a sign of religious oppression. 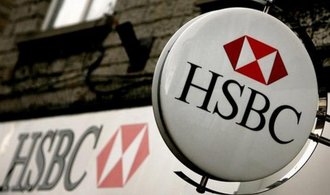